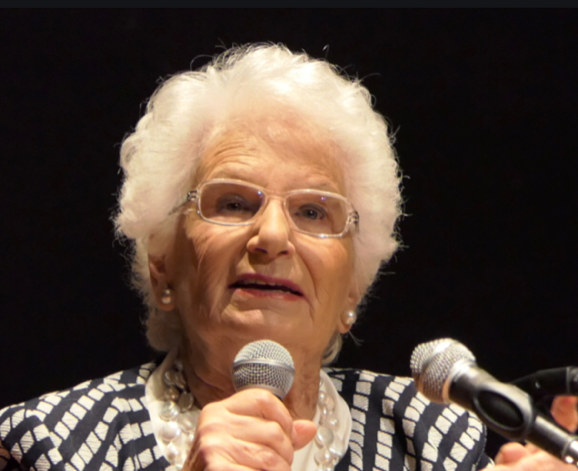 The Memorial Day is an international recurrence celebrated on 27 January to commemorate the victims of the Holocaust. In this day (27 January of 1945) the Red Army troops liberated the concentration camp in Auschwitz. I born in 27 January and for me this date has an even more important meaning because there is the memory of the Holocaust and my birth. The day of my eleventh birthday I was given the book by Liliana Segre “Fino a quando la mia stella brillerà” and it is very moving.

Liliana Segre was born in Milan in 1944, thirteen years old experience the deportation of Auschwitz Birkenau. For years she’s been dedicated to testimony to the Holocaust, expecially among the girls and boys.

The night when people say to Liliana that she can’t go to school anymore, she doesn’t even know she’s Jewish. In a short time , games, racing her horses and his dad’s gift became a memory and Liliana was previously marginalized, once without a house, finally on the run and arrested. At thirteen years old, she is deported in Auschwitz. She leaves on 30 January 1944 from platform 21 at Milan Central Station and she will be the only child on that train to go back. Every night in the field she looked for her state in the sky. Then she repeated inside if: as long as I’m alive, you will continue to shine.