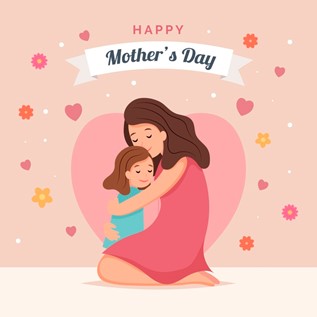 Mother’s Day has a very ancient origin, but it has always been celebrated in May. It was already celebrated in pagan times, at the time of the Greeks and Romans, where it was linked to the cult of female divinities and fertility and marked the rapid transition from cold and white winter to colorful and sweaty summer. A long time has passed from these rites to the present day, but the spirit is always the same, celebrating the woman in the greatest expression of her femininity: motherhood. This party was first proposed in May 1870 in the United States by an American pacifist and feminist: Julia Ward Howe. A few years later Anna M. Jarvis also had the same idea. Anna was deeply attached to her mother and after her death she filled with letters ministers and high public offices so that a party could be established to celebrate all the mothers of the world. Thanks to her persistence and tenacity, the first Mother’s Day was celebrated in Grafton on May 10, 1909. Anna also chose the symbol of the holiday: her mother’s favorite flower, the white carnation. It was only in 1914 that American President Wilson decided to make it a public event in honor of all the soldiers’ mothers, and decided that the day of the celebrations would be the second Sunday in May. In Italy it was celebrated for the first time only forty years later, in 1956, by Don Otello Migliosi, in Assisi. As Claudia Mattalucci explains, the first day dedicated to “official” motherhood was organized during the fascist era, on 24 December 1933. It was called ‘Mother and Child’s Day’ and it fell on Christmas Eve. It was an expression of the regime’s policy. In fact, mothers who had more children were rewarded. For Fascism in Italy it was in fact of national interest to defend motherhood and childhood. The date of the modern festival has never been imposed globally and for this reason it is very dancer: if in Italy it is celebrated on the second Sunday of May, in Egypt in March, in Thailand in August, in Norway on the second Sunday in February and in Argentina on the second Sunday of October.